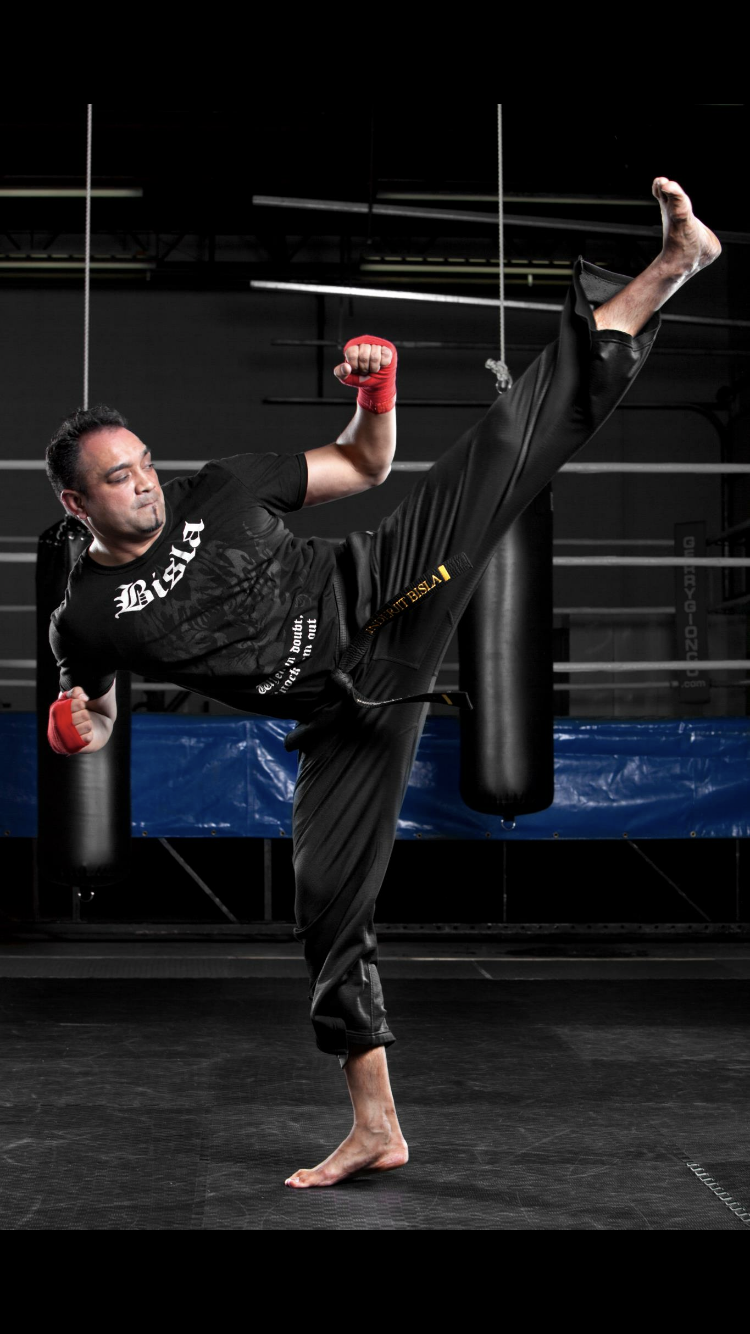 Taekwondo is a Korean martial art with a heavy emphasis on kicks. Taekwondo was developed during the 1940s and 1950s by various Korean martial artists, as a blend of the indigenous Korean fighting styles of taekkyeon, gwonbeop, and subak, with influence from foreign martial arts, such as Karate and Chinese martial .Taekwondo is characterized by its emphasis on head-height kicks, jumping and spinning kicks, and fast kicking techniques In fact, World Taekwondo sparring competitions award additional points for strikes that incorporate spinning kicks, kicks to the head, or both. 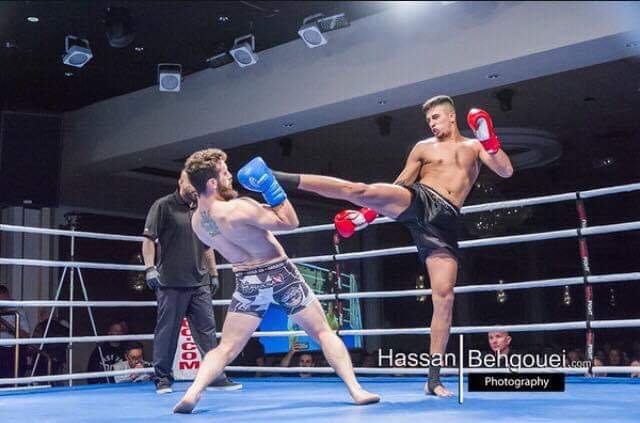 A group of stand-up combat sports based on kicking and punching, historically developed from karate, Muay Thai, Taekwondo and Western boxing. Kickboxing is practiced for self-defense, general fitness, or as a contact sport. Japanese kickboxing originates in the 1960s, with competitions held since then. American kickboxing originates in the 1970s and brought to prominence in September 1974 when the Professional Karate Association (PKA) held the first World Championships. Historically, kickboxing can be considered a hybrid martial art formed from the combination of elements of various traditional styles. This approach became increasingly popular since the 1970s, and since the 1990s, kickboxing has contributed to the emergence of mixed martial arts via further hybridization with ground fighting techniques from Brazilian jiu-jitsu and Folk wrestling. 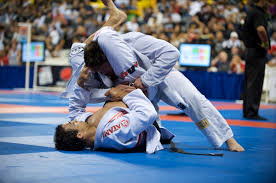 Jiu-Jitsu is a martial art, combat sport, and a self-defense system that focuses on grappling and especially ground fighting. Brazilian jiu-jitsu was formed from Kodokan Judo ground fighting (newaza) fundamentals that were taught by a number of individuals including Takeo Yano,Mitsuyo Maeda and SoshihiroSatake. Brazilian jiu-jitsu eventually came to be its own art through the experiments, practices, and adaptation of judo through Carlos and Hélio Gracie, who passed their knowledge on to their extended family. BJJ promotes the concept that a smaller, weaker person can successfully defend against a bigger, stronger assailant by using proper technique, leverage, and most notably, taking the fight to the ground, and then applying joint-locks and chokeholds to defeat the opponent. BJJ training can be used for sport grappling tournaments (gi and no-gi) and mixed martial arts (MMA) competition or self-defense. 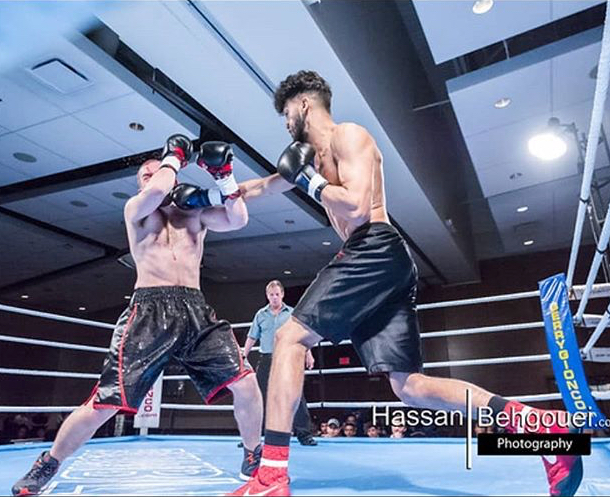 The boxing program at Bisla Martial Arts is not a traditional boxing program. It is taught with the basic western concepts but modified to be beneficial to those who compete in Muay Thai and MMA. It is focused heavily on cardio conditioning and practical techniques. Training includes shadow boxing, bag work, pad work, skill development drills, technical sparring and conditioning using core strengthening, body weight exercises and plyometrics. Boxing is a combat sport in which two people, usually wearing protective gloves, throw punches at each other for a predetermined amount of time in a boxing ring. Amateur boxing is both an Olympic and Commonwealth Games sport and is a common fixture in most international games—it also has its own World Championships. 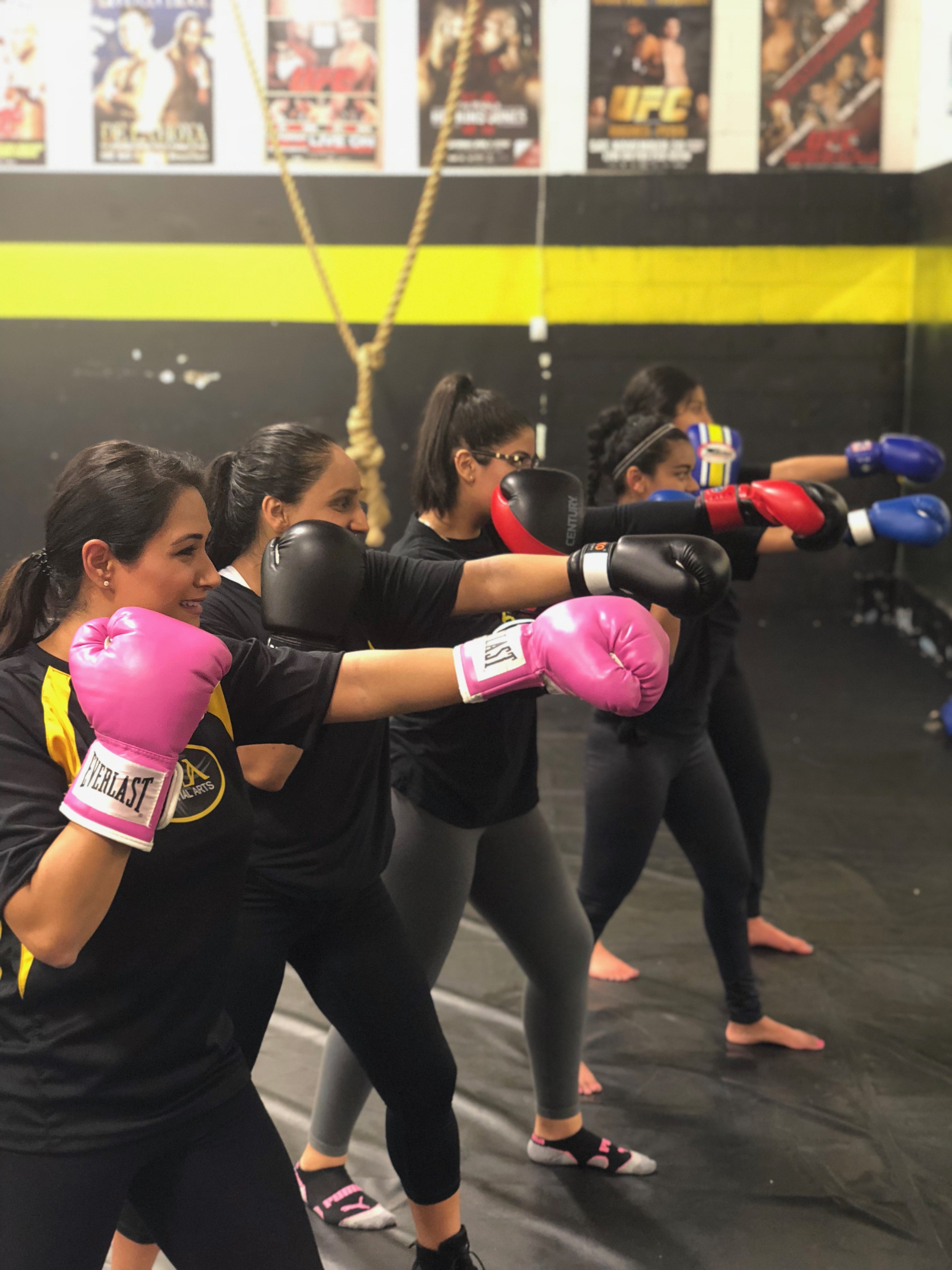 Our Kickboxing classes are a high-octane workout: forget wasting time on a treadmill -- Burn up to 1000 calories in this Ultimate workout for all levels! It is more than just a cardio class, learn the most effective martial art techniques while pushing yourself to shed pounds, build strength, and feel good! Come see what all the buzz is about.