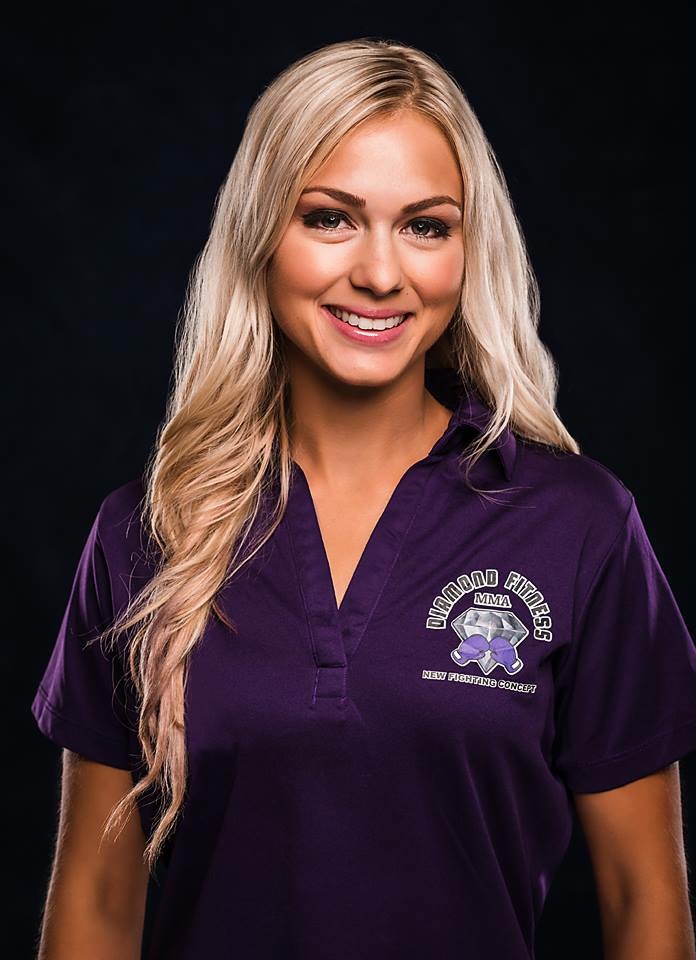 Born and raised in Napanee, Meighen graduated in April 2014 from the University of Waterloo with a BSc. majoring in Kinesiology. She has been a member of the College of Kinesiologists of Ontario since October 2014. She opened DFMMA December 2015. Meighen has been active and into fitness her entire life. She was a competitive figure skater and skated for the varsity team at UW. Meighen competes in fitness competitions where she placed top 10 at the provincial level. Meighen holds the Miss Greater Napanee title and placed top team and top 10 athlete at Miss World Canada 2018. Meighen specializes in rehabilitation of various injuries and improvement of overall health. She has experience working with clients of all levels of fitness from high-level athletes to persons with disabilities. Meighen also offers dynamic taping to assist in the healing process of injuries. Meighen is the transformation specialist and teaches the fitness classes at Diamond!

Mark Loft is a Brazilian Jiu Jitsu Black belt under – Team BTT. He started training at the age of 18 at the Belleville Boxing Club under the tutelage of Mal Trenholm. Years later he was inspired to seek out a Brazilian Jiu Jitsu and trained at Bob Carver’s Muay Thai Academy in 1997 and started his BJJ Journey under Adam Zugec (now of ZUMA fame). Since then, Mark has continued his BJJ Training under Brazilian Top Team Black belt, and Judo Black Belt, Ben Meireles (BJJ Connection). In his many years as a competitor, He has competed in Boxing, Muay Thai, BJJ, and MMA, totaling over 100 combined Amateur and Professional matches. In addition, he has earned a CASK level 1 coaching certificate, a Vale Tudo (Brazilian MMA) certificate and the level of “Coach” in BJJ. He has used this knowledge with great success, as many of his students have won gold medals, 1st place trophies, and championship belts in many different kinds of competitions all over Canada and the US. 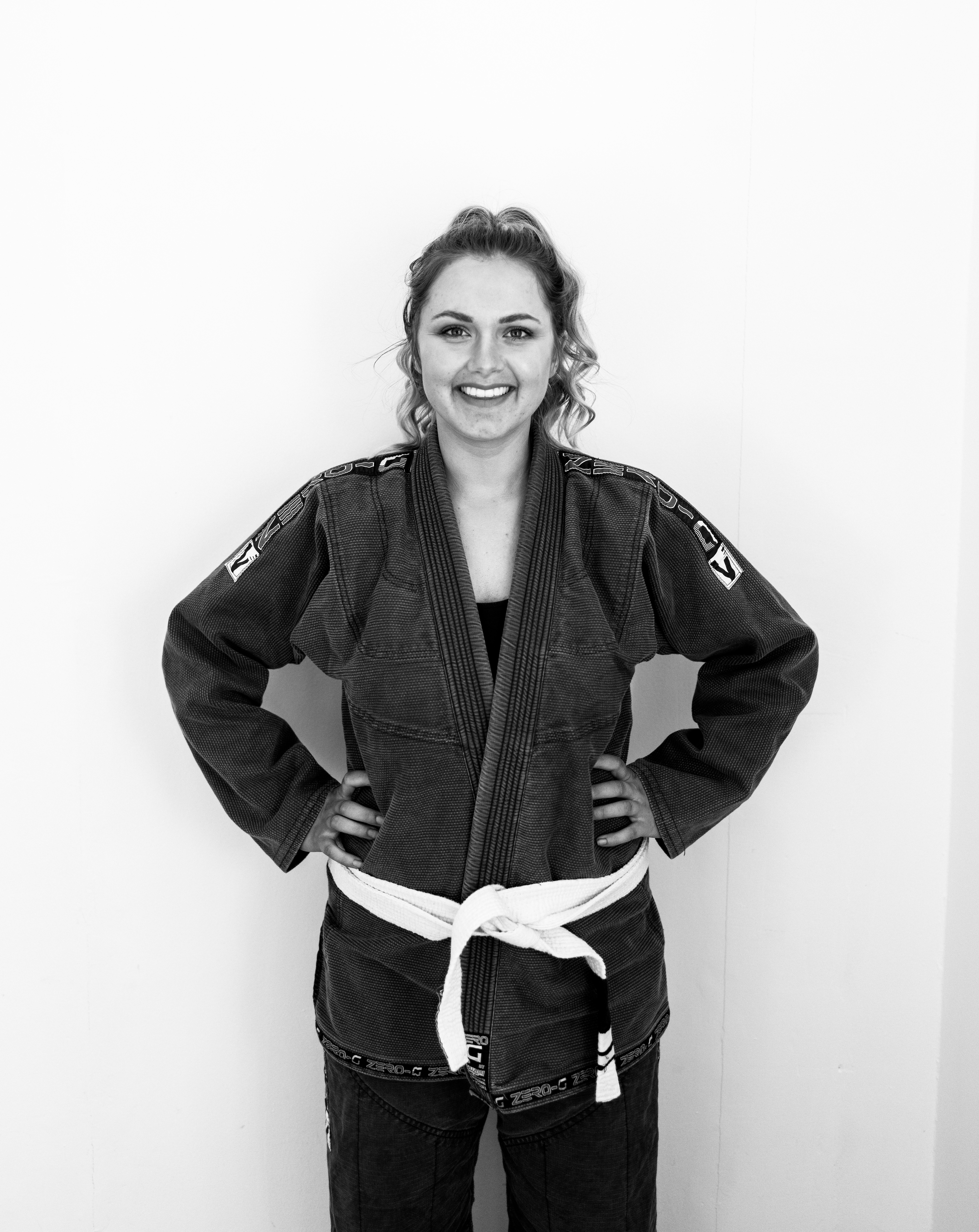 Coach Olivia has over ten years of experience with teaching children. She has been an Aquatics Instructor since 2012 under Red Cross and has her Aquatics Supervisor qualification. Olivia also is a Lifeguard and First Aid Instructor under the National Lifesaving Society. Not only does Olivia love the water but she also loves Martial Arts. Olivia has been training Muay Thai since 2014 and also trains in Brazilian Jiu-Jitsu. Olivia is International Sports Science Association certified in personal training. Olivia enjoys in competing in Brazilian Jiu-Jitsu and placed 2nd at the Guard Players Championship in her division. 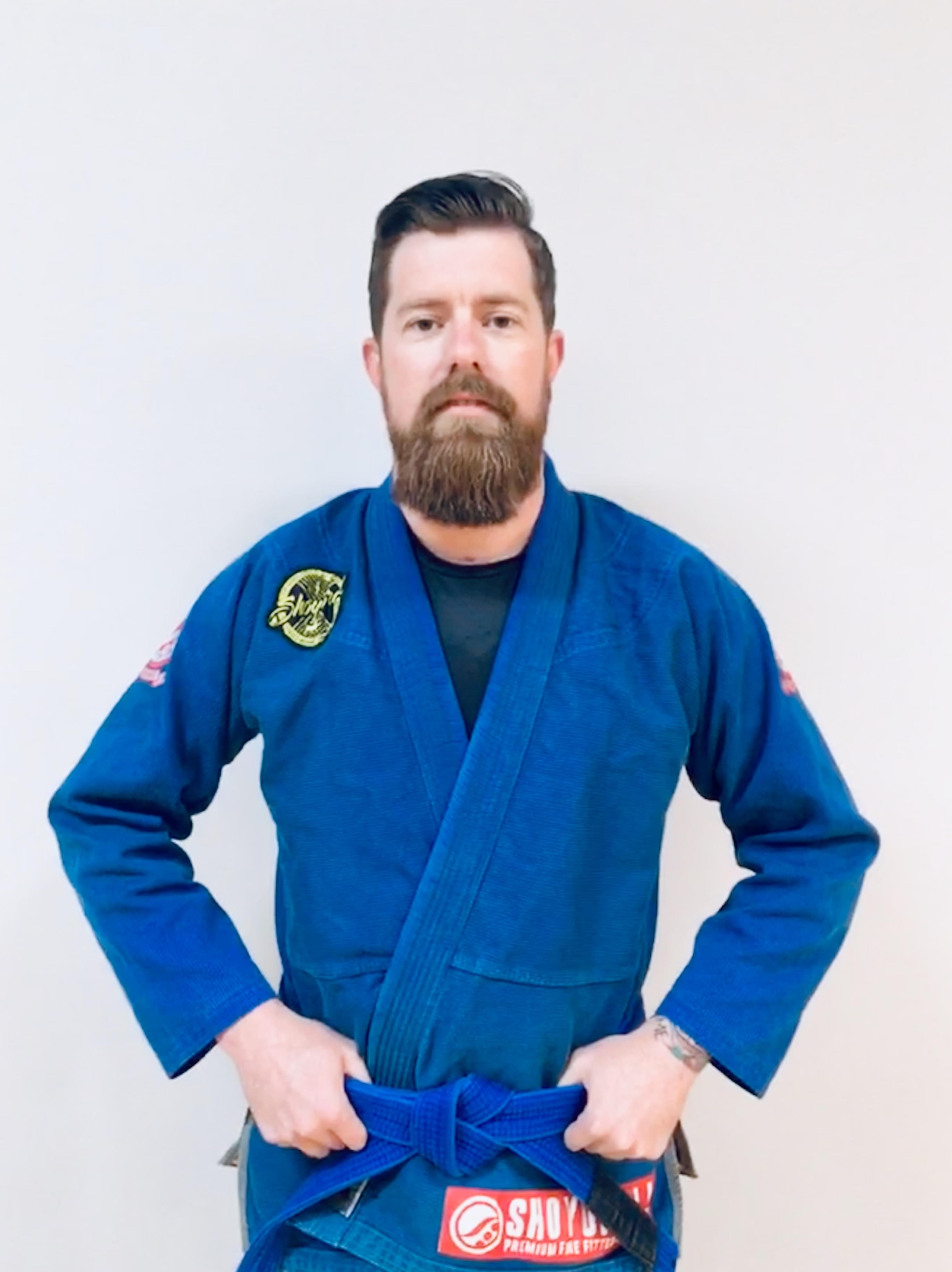 Coach Justin has been training Jiu-Jitsu for three and a half years and holds a BTT (Brazilian Top Team Canada) blue belt under Professor Mark Loft. Justin also has a blue belt in submission wrestling and has trained shoot wrestling with legend Yuki Ishikawa (battlarts). His hobbies include music, darts, tattoos, and graphic design. Justin teaches the beginner Brazilian Jiu-Jitsu program at Diamond and is a student in the advanced class. Justin is continuing is training in pursuit of a black belt. He is the 2019 bronze medal holder for his division in Guard Players Open Jiu-Jitsu tournament. 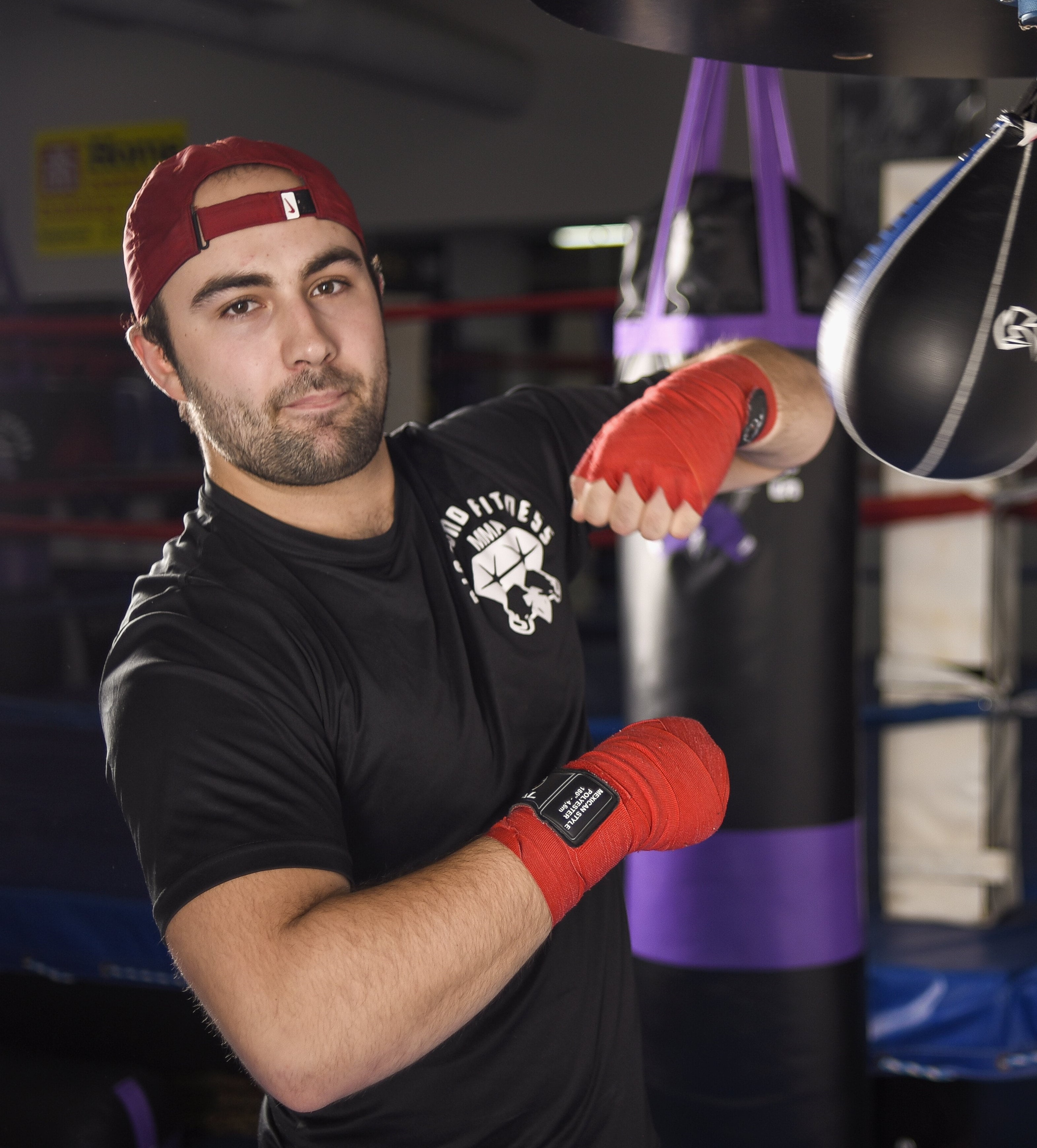 Born and raised in Belleville Ontario, Nelson started his pursuit in boxing at the age of 13 and trained consistently for 7 years competing in amateur bouts. Over the years Nelson has slowly transitioned into the instructor role obtaining his degree in Outdoor Adventure and Adventure Business in which he works extensively with young adults and youth mentoring and shaping them as the next generation. With his knowledge in boxing and experience instructing Nelson  plans to bring the two together and provide professional coaching in the sport of boxing. Nelson is currently teaching the preteen and boxing basic program. 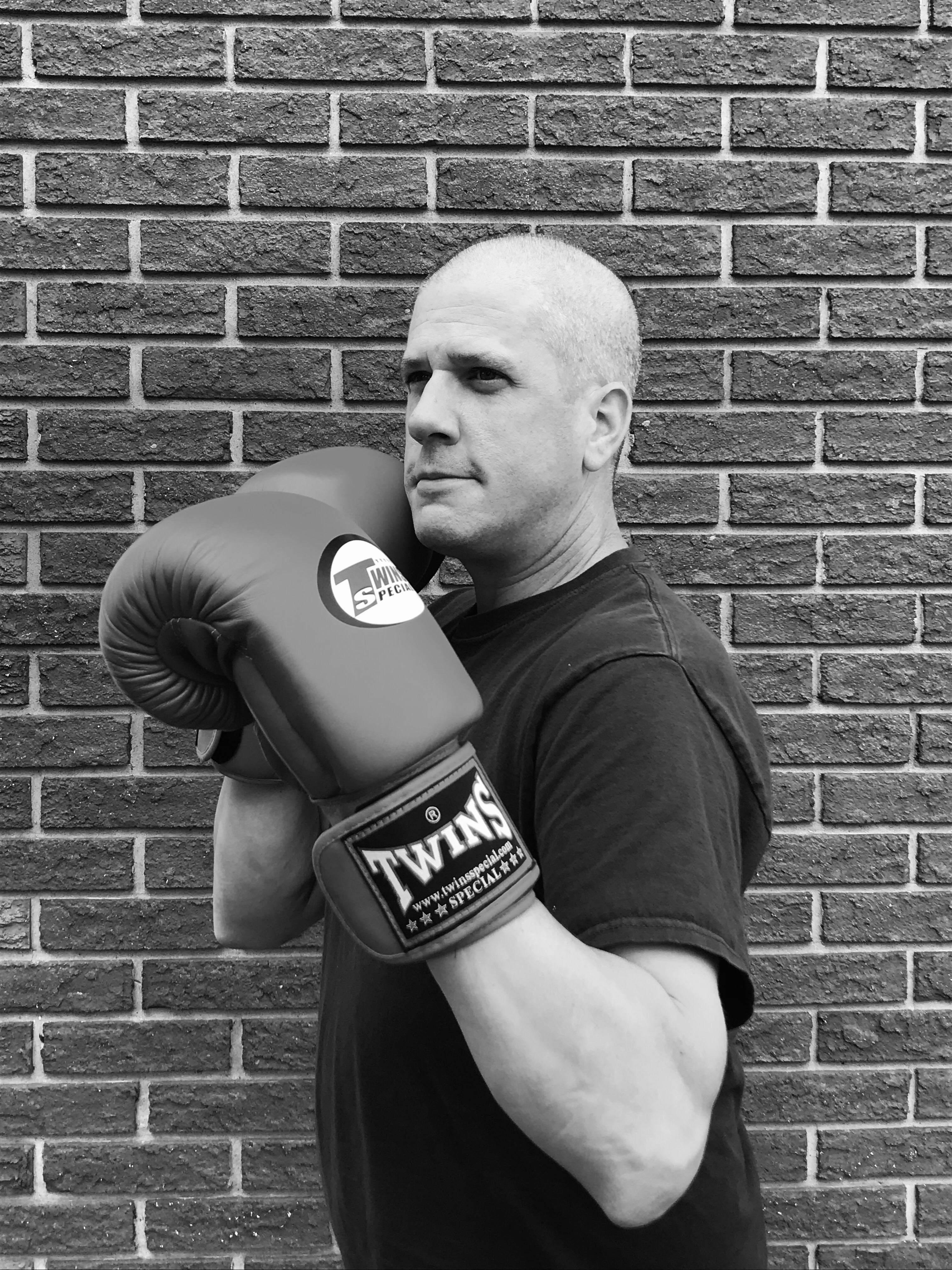 Joshua Coghlan trained from the ages of 15-18 at the Belleville Boxing Club under the tutelage of Mel Trenholm. In 2016, Joshua was inspired by his daughter to continue training and instructing boxing. This time as a family. Joshua joined the Diamond Team in 2016 along with his wife and daughter. Late in 2018 Joshua moved on to further pursue amateur boxing and training at the Bulldog Boxing Academy in Belleville, ON. He continues to compete as an Amateur Boxer today. He became a licenced corner man in Ontario, at a professional boxing level, in 2019. Joshua has experience working with clients of all levels from beginner to professional athletes.

Inquire through our info form and book your free class now!

GET YOUR FREE TRIAL